Not Everyone is Struggling with Defined Contribution Plans 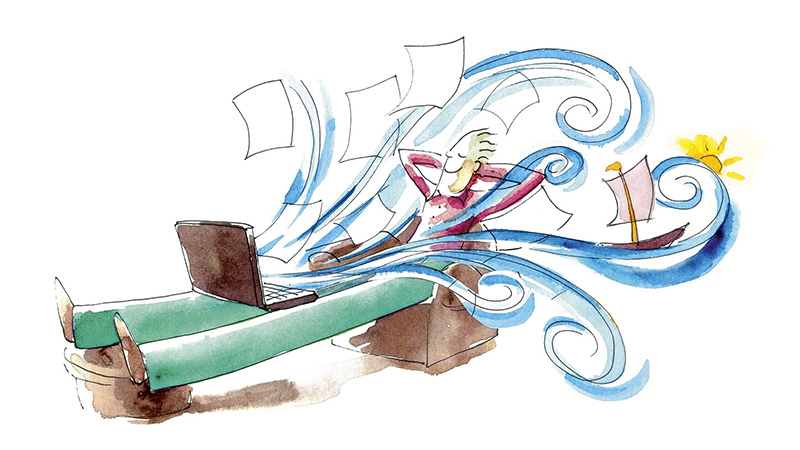 There are numerous academics and economic pundits who have been lamenting the demise of defined benefit (db) retirement plans. Defined benefit plans (most notably, traditional pension plans) have been largely discontinued by private corporations but continue to exist primarily in the taxpayer-supported public sector. The private business entities, needing to maintain their competitiveness to assure their continued survival, have largely replaced their db plans with defined contribution plans (dc) such as 401k’s. The critics of defined contribution plans focus their arguments on the belief that workers cannot build retirement security with dc plans as they will be unable to accumulate large enough account balances. Hence, the naysayers claim that dc plans have been a very poor alternative when compared to the circumstances of retirees from the 1960’s-1980’s.  After all, who can argue with “lucrative” lifetime payouts entirely funded by somebody else?

Truth be known, the lifetime payouts weren’t all that lucrative and never came close to covering a majority of the Americans who worked in the private sector. Many of the monthly payouts were in the $300-500 range and nearly all contained no inflation adjustments. Likewise, at their heyday, traditional pensions were provided mostly to employees of the largest U.S. corporations and the millions who worked for small and mid-size employers enjoyed no such benefit. Further, a major reason that the pension funds could sustain benefits was the fact that life expectancy was so much shorter than it is today. Indeed, the “good old days” weren’t as good as some would claim.

A more recent rebuttal to the dc plan opponents comes from 2019 year-end data released by some large 401k and 403b plan administrators. Fidelity Investments reports that over 233,000 of its 401k plan participants have account balances exceeding $1 million. In both the second and fourth quarters of 2019 Fidelity saw their participants’ average total savings rate reach a record of 13.5%. Fidelity’s average 401k balance rose 17% in 2019 to $112,300. Vanguard Investments reports an average of $92,148. Fidelity also notes that among workers who have participated in their current 401k plans for 10 straight years, account balances rose to a record $328,200 in 2019. It is obvious that substantial contributions and sustained participation in these plans are keys to success. Clearly, not everyone is going to be solely dependent on Social Security for their retirement sustenance!

Confusing Impacts of the SECURE Act
Scroll to top