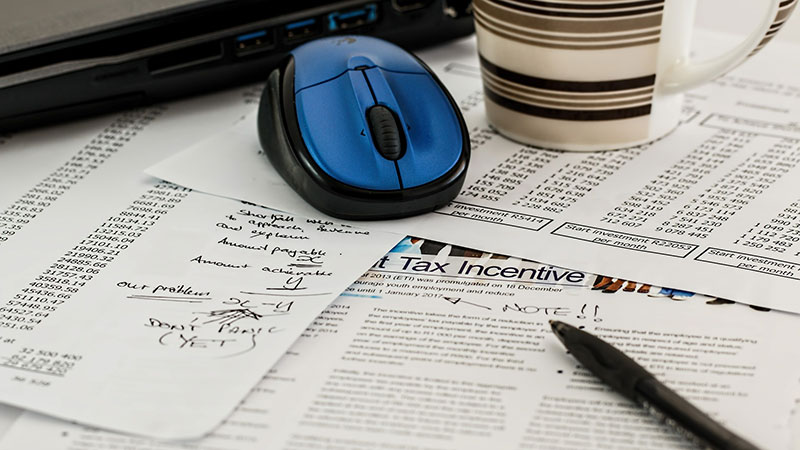 Today we will look at everyone’s favorite federal program—-Income taxes!! Believe it or not, federal income taxes are a relatively recent development. They did not exist in the United States at its infancy. In fact, the first federal income taxes were imposed by the Revenue Act of 1861 in order to pay for the Civil War. That tax was rescinded in 1872. The Federal Income Tax system we’ve grown to love was created in 1913 by the 16th Amendment to the U.S. Constitution. It began as a 1% tax on net personal incomes above $3,000 with a 6% surtax on incomes above $500,000. With the U.S. entrance into World War I requiring funding in 1918, the top rate was increased to 77% on incomes exceeding $1,000,000. That top marginal rate was reduced to 58% in 1922, to 25% in 1925 and lastly to 24% in 1929. With the onset of the Great Depression, government coffers were under duress and the 1932 top marginal rate was raised to 63%.

From the above discussion, one might be led to believe that our current income tax levy is low by historical standards. However, as with most things related to income taxes, it is never quite as simple as comparing marginal rates. For example, there’s the issue of inflation. As we note by looking at the income threshold associated with the very first imposition of income taxes, $3,000 in 2020 has nowhere near the purchasing power that $3,000 held in 1913. According to www.usinfltioncalculator.com, it would take $78,515 in 2020 to purchase the same basket of goods and services that could have been purchased for $3,000 in 1913. So, if we try to make an “apples-to-apples” comparison, we might conclude that if the first income tax levy had been instituted in 2020, we would have a standard deduction of $78,515! That figure looks quite substantial when compared to a 2019 typical (married filing jointly) standard deduction of about $24,000. However, even this comparison is flawed because so many of the things we purchase today (cell phones, plane tickets, air conditioning etc.), did not exist in 1913. Suffice to say that an equitable tax code would take inflation into account but that has not been the case for most of our history. For over eighty years, tax brackets were not adjusted for inflation which created “bracket creep” pushing lower earning taxpayers into higher marginal rates.

Another factor that makes comparisons over time so difficult is that the various forms of income have been treated differently in some periods of our history. Capital gains—the growth in value of a capital asset such as a share of stock—–have been treated differently depending on the rules in effect at the time. In some periods capital gains have been taxed as ordinary income, while during much of the past 20 years, long term (assets held longer than a year) capital gains have been taxed at rates lower than ordinary income. And even today, long term capital gains might be taxed at 0%, 15% or 20% depending on your tax bracket.

Another large variation in our income taxation over the years has been the determination of what qualifies as an itemized deduction against income. One might be appalled at the top marginal rates of 91-92% that were in effect from World War II until 1964, but it must also be noted that very few taxpayers reached those marginal rates. The tax code during that period was larded with all sorts of potential itemized deductions and credits that could drastically lower a taxpayer’s income subject to taxation. For example, nearly all consumer interest assessed on credit cards, personal loans, auto loans, etc., was deductible for many years. This is no longer the case. The recent Tax Cut and Jobs Act of 2017 eliminated or curtailed items that had previously qualified as deductible. Many taxpayers located in states with higher property and income taxes have been chagrinned at having these deductions capped at $10,000 per tax return. The only consistent aspect of the U.S. Tax Code that we can count on is that Congress will continue to change it.

Yet another major difference when comparing income taxes of yesteryear to the present is the proliferation of tax-advantaged accounts that have been created to help us save for retirement or education. The 403b plan was first made available to public education employees in 1961 and it has been followed by a menagerie of other vehicles including Traditional IRA’s, Roth IRA’s, 401k’s, 457’s.  In recent years, many states including Oregon, Illinois, California, New Mexico among others have introduced state sponsored retirement programs for small employers. We also have Coverdell Education Savings accounts and state sponsored 529 plans for education expenses. None of this existed from 1913 until the 1960’s so once again, it is very difficult to make direct comparisons.

If you would like to have more information regarding federal income tax planning and investments please contact us through our Level 5 Financial website or via phone at 719-323-1240.