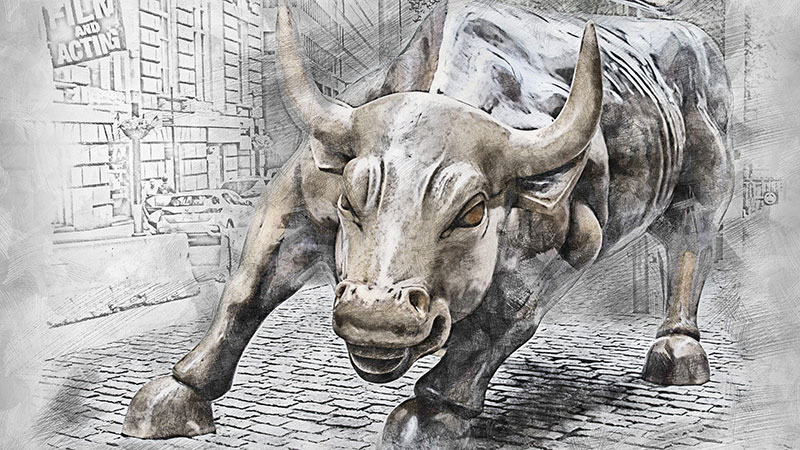 Today’s posting will dig into the history books and discuss investments in which the shareowners pool their funds to gain the advantages of scale. Several types qualify under this broad definition including open ended mutual funds, closed end mutual funds, exchange traded funds (ETF), unit investment trusts (UIT), and collective investment trusts (CIT). All share the same characteristic of allowing the shareholders to diversify risk because the pooled sums will permit the purchase of more types of securities than any individual could acquire on their own. The two largest classes are open-ended mutual funds and exchange traded funds so we’ll limit most of the discussion to the history of those two investment vehicles.

The idea of diversifying risk via pooling dates back to 1772-73 in the Dutch Republic. Amsterdam based businessman Abraham van Ketwich created a trust called Eendragt Maakt Magt (“unity creates strength”) with a goal of allowing small investors to pool their funds and diversify. Many Dutch investors recalled the speculative Tulip Bulb Mania of 1636-37 which caused great financial losses when it collapsed. The pooling concept reduced the concentration risk assumed when an individual investor can only purchase a very limited number/type of securities.

The mutual funds that were first introduced to the United States in the 1890’s were of the closed end variety.  Closed end mutual funds are static in the sense that they have a fixed number of outstanding shares with each share representing a constant ownership percentage of the entire investment pool.  An investor buys a “package”, i.e., closed end fund shares, on an exchange from another investor.  Supply and demand dictate the price at which the fund shares change hands during the trading day. There can often be a difference between the price of the fund shares and the net asset value (NAV) of the securities contained in the “package”. This will often take place when the trading volume of the particular fund shares is small, and potential purchasers can only be attracted by a lower price for the fund shares offered. Closed end mutual funds are still available and traded today, however, their relative presence is much smaller than open ended mutual funds and ETF’s.

The first open ended U.S. mutual fund was established on March 21, 1924 as Massachusetts Investors Trust and is still in existence today as part of the MFS Investment Management fund family. Open ended funds differ from closed end mutual funds in that the shares of the open ended fund are purchased from and/or redeemed at N.A.V at market close from the fund sponsor. This makes open ended mutual fund shares generally more liquid than closed end shares because by law, the fund sponsor must redeem at the NAV price on a daily basis. Open ended funds were slow to catch on however, and by 1929, they only represented about 5% of the industry total assets of $27 billion.

The Wall Street Crash of 1929 and the Great Depression caused many to lose confidence in the financial markets as a whole. As a result, numerous regulations were passed in the 1930’s and in 1940 to re-instill investor confidence. Mutual funds continued to be a small corner of the investment world into the 1950’s when investor confidence in the financial markets returned. Some large mutual fund complexes such as Fidelity, T. Rowe Price, and Capital Group et al began to emerge and they introduced numerous new open-ended mutual funds. These and other fund families marketed the investing skills of their mutual fund managers whose goal was to outperform their relevant benchmark. For many years, virtually all of the available open ended mutual funds were actively managed. Fund companies spent heavily in marketing fund performance and their top fund managers achieved “rock star” status in the financial press.

This all began to change, however in 1976 when John Bogle founded the Vanguard Group of Investment Companies. Similar to other mutual fund complexes, Vanguard offered actively managed funds, but also introduced the concept of passive investment management. This idea was based in part on Bogle’s thesis written while at Princeton University. It took advantage of the fact that due to the higher costs associated with active fund management, a majority of these funds will underperform their benchmarks over time. Bogle’s strategy was for the mutual fund to merely mimic the relevant benchmark and in doing so, drastically reduce the fund operating expenses. This on-going cost advantage would compound over time and result in consistent above average performance for the ‘index” fund when compared to its actively managed peers. This low-cost approach, in addition to other cost saving elements of Vanguard’s corporate structure, vaulted the company to the top of the mutual fund world. At the end of 2018, Vanguard had $4.7 trillion in assets under management with its nearest competitor holding less than $2 trillion.

But what caused an industry that struggled through the 1920-1950 period to blossom into what it has become today? Several factors have been at work. There has been a secular upturn in the U.S. (and world) economy and a bull market for stocks and bonds. Mutual funds allowed small investors to tap into that prosperity. Likewise, the industry introduced many new products such as international funds, municipal bond funds and a variety of other strategies. Money market mutual funds became viable alternatives to bank accounts and billions have been invested there. Perhaps the greatest contributor to industry growth however, has been the proliferation of employer sponsored retirement plans such as 401k’s, 403b’s, 457’s and SEP/SIMPLE IRA’s. Mutual funds are the perfect investment vehicle for these participants and as of year-end 2019, 23% of U.S. households assets were held in mutual funds.

The success of Bogle’s passive investment approach indirectly led to our last pooled investment—the exchange traded fund or ETF.  ETF’s share some characteristics of both open ended and closed end mutual funds. Most ETF’s are based on a benchmark, similar to a passively managed mutual fund. However, ETF’s trade intraday, that is, during the day on an exchange, much like a closed end mutual fund or an individual share of common stock. While it is not necessary to delve into the inner workings of an ETF, it is noteworthy that since their introduction in 1993, they have grown to represent 17% of the pooled investment universe. As of year-end 2019, there were 2,096 ETF’s in the United States with combined assets of $.4 trillion. This number is expected to grow as some firms are now introducing ETF’s that follow an active management approach. Likewise, reduced transaction costs are increasing the popularity of these easily traded vehicles.